I’m about to go out, so I have spent 20 minutes dressing and putting on (eye) makeup (masks are a great timesaver) and doing my hair, humming under my breath.  There’s a full bag of rubbish waiting by the front door, I’m planning to take that up to the town’s central bins. I’ve always liked the Spanish system of big central bins emptied daily anyway, and now it’s a double boon.  You poor buggers who have your bins on your own properties! 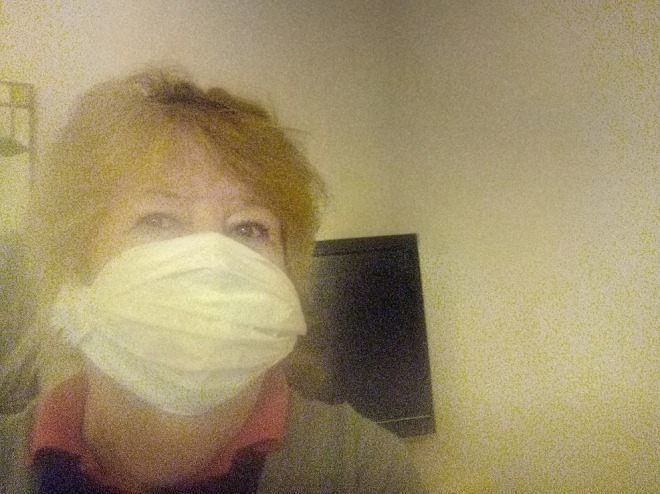 Was a time I’d have struggled up there laden under the bag and the recycling bags to save extra trips, oho, none of that now, play my cards right there’s three good outings in that lot. Life is change.

There was, until Tuesday past, dog walking – quarantine law allows for a dog to be taken up to 100 metres from the house. There’s less clarity on whether owners must then turn back or can traipse back and forth until nature takes its course. The cantankerous old trout who inspired the dog Maggie as far back as Three Four Knock On My Door in 2013 has mellowed and faded a great deal over the years and on Tuesday her story had to end. In the weeks of quarantine it has been I wistful for walks and she who groaned reluctantly and humoured me. This pic was taken back in Scotland. RIP old girl. You are missed. 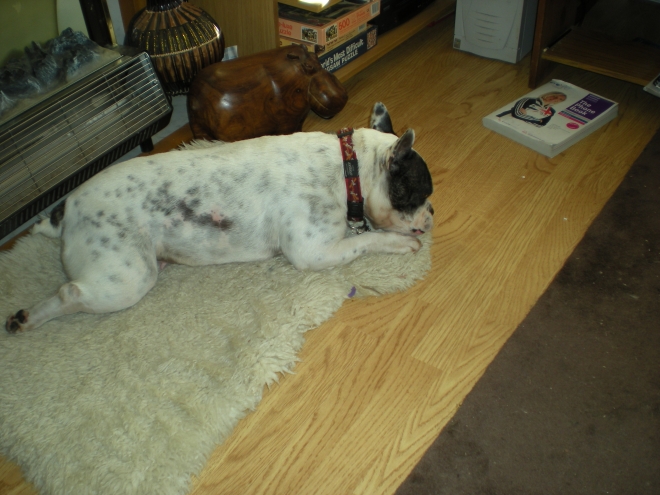 I’m used to friends popping by, work intermittently being done on the house, Spanish classes and trying out my abominable Spanish on the patient. Since May 2018 the house has also had a steady trickle of guests. Being alone was sometimes a luxury. I won’t deny that a month into enforced solitary I’ve not felt the strain sometimes. Lurked at the window to watch for people walking by, that sort of thing. Red letter day when someone goes by without a mask and I can feast my eyes on actual features. Ooh!  A nose! A mouth!

I did get one unexpected social outing one day  – my battery-powered thermometer became, I think, unreliable (25 degrees is quite low – but on the bright side, no fever) so I decided to walk to the local farmacia for another. Wow, unplanned treat!  Five of us were at one point queued in the street, 2 metres apart, all masked and gloved, and as all the gloves were all different colours there was a definite air of fiesta. Everyone talked at once, the colourful hands flew, I was dizzied by the sociability of it all. Sold out of thermometers, though.

I did see a bloke from my  Spanish class the other day and we stood on opposite sides of the street catching up on quick news. He and his wife had bought a house just before we went into lockdown a month ago. He said they’re living in it now. Well – camping in it now. The furniture couldn’t get through in time.  They seem to be coping okay. He was on his own but then under Spanish quarantine only one member of each household can leave home without specific, written, dispensation. They mean it, too. Fines are becoming epic, thousands issued, doubling and tripling (or serving a future jail sentence) for repeat offenders. This couple always came across as companionable and affectionate  but he was still probably pleased to have a break, I’ve seen jokes about couples stuck in quarantine together, you know, begging each other not to blink so loudly.

This is a big (10 roomed) house, would it have been fun with someone else sharing the space or would we be planning murders by now? I’ll never know. It’s quiet.

Oops, that’s it, siesta over, I can sally out with my rubbish bag and maybe there will be glimpses of other people taking theirs. This is so EXCITING!